Here Are the 18 African-American Astronauts After Ed Dwight’s journey to become the first African-American in space ended, Maj. Robert H. Lawrence Jr. was selected, on June 30, 1967, for the Department of Defense’s Manned Orbiting Laboratory program. But on Dec. 8 of that year, he was training another pilot when their F-104 Starfighter jet crashed at Edwards Air Force Base in California. Lawrence was killed.

When the Nixon administration canceled the program, many of the astronauts under the age of 35 — which Lawrence would have been — transferred to NASA, where they all went on to fly space shuttles. It would be 16 years after Lawrence fell from the sky before one of those shuttles would take an African-American beyond Earth.

At a ceremony honoring Lawrence 50 years after his death, Robert D. Cabana, the director of the Kennedy Space Center, said: “Major Lawrence truly was a hero. He took that first step setting the stage for what was to come.” These are the African-American men and women who came next. 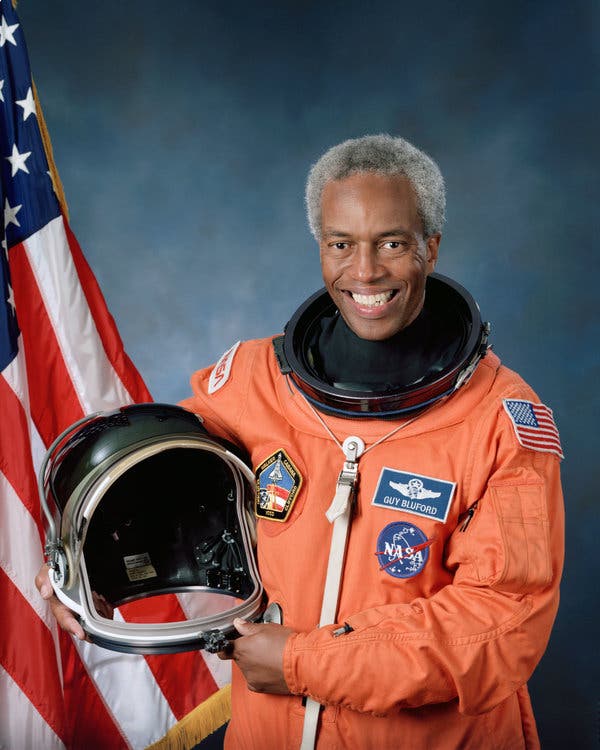 In 1983, Bluford became the first African-American to make it to space, aboard the Challenger space shuttle. A retired Air Force colonel today, he flew three additional shuttle missions. 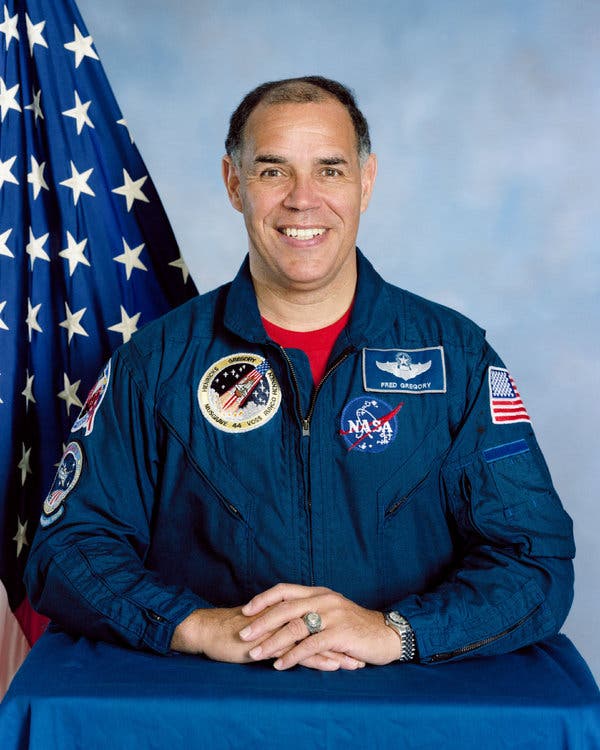 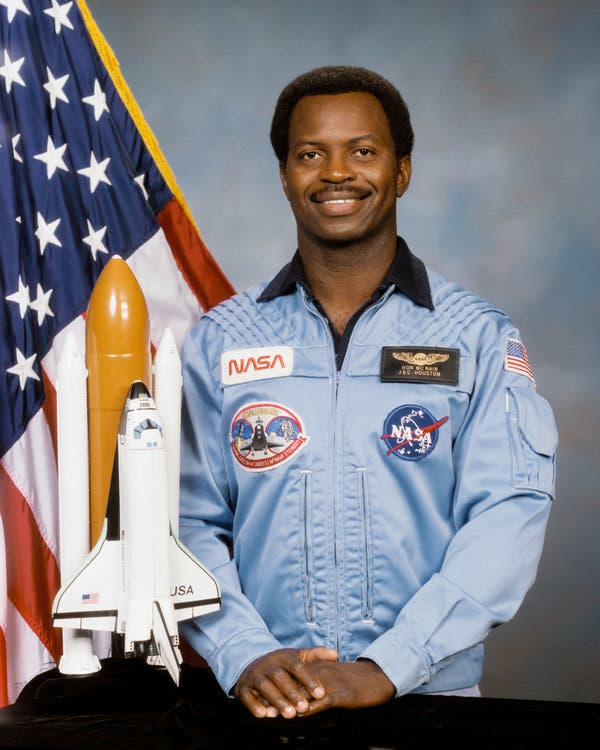 A physicist who specialized in lasers, McNair flew his first mission in 1984. On Jan. 28, 1986, he and six other astronauts died when the Challenger exploded over Cape Canaveral. 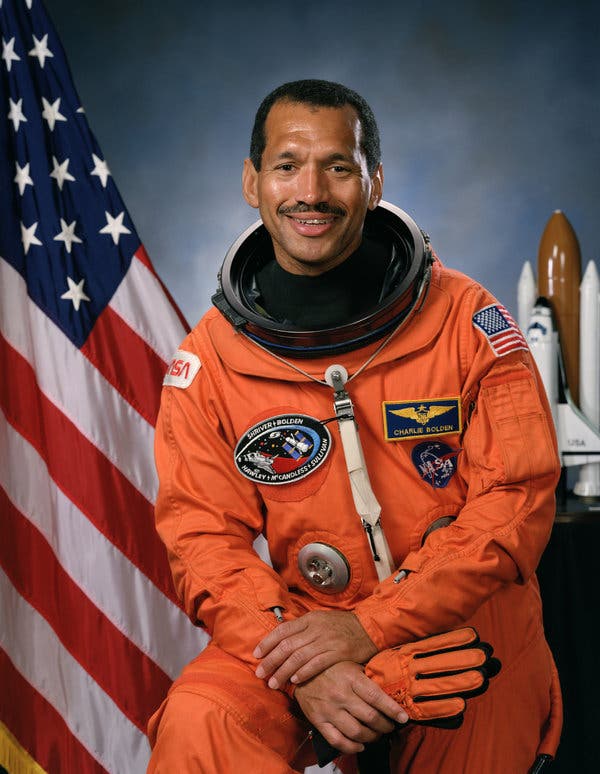 Bolden, a retired major general, started in the Marine Corps before becoming an astronaut. After flying four missions, he became the administrator of NASA — the 12th person to lead the agency and the first African-American to do so.” 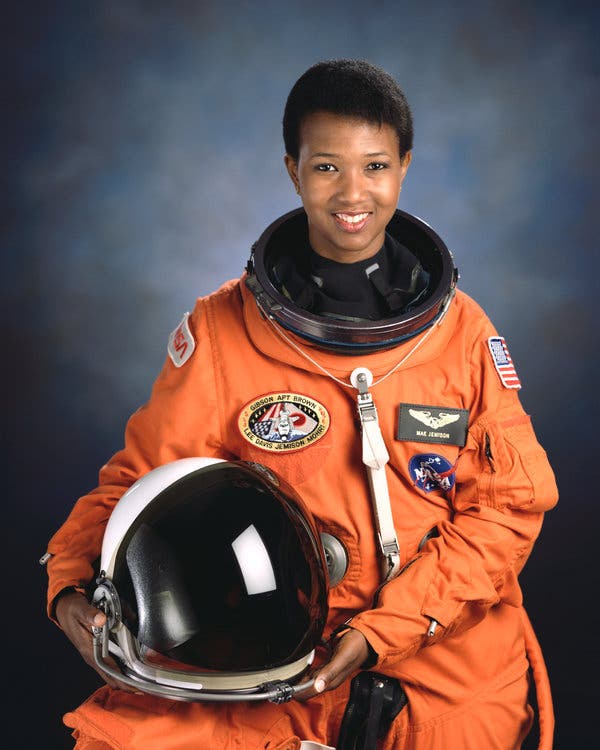 Jemison, a physician and engineer, was the first African-American woman in space. On her single mission, in 1992, she conducted bone cell research while completing 127 orbits of Earth. 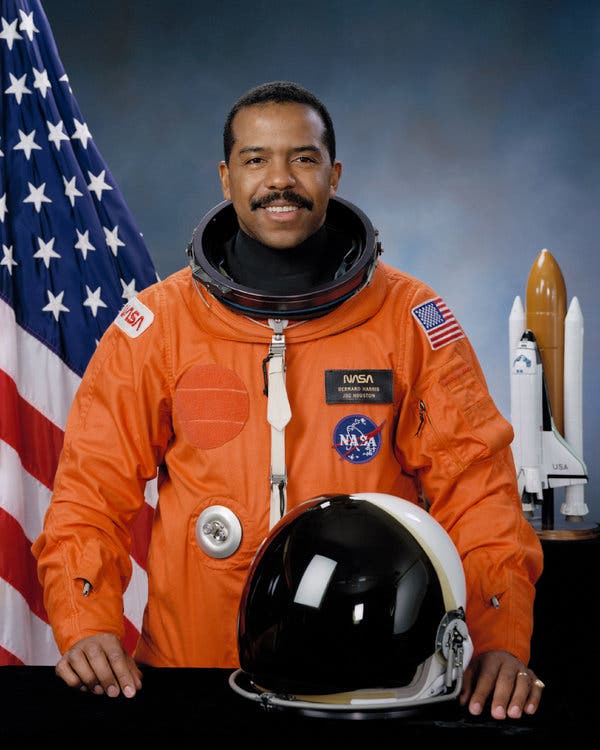 Harris, the first African-American to do a spacewalk, flew two missions, as a mission specialist in 1993 and a payload commander in 1995. Before he went to space, he conducted research on how human bodies adapt to extended spaceflight. 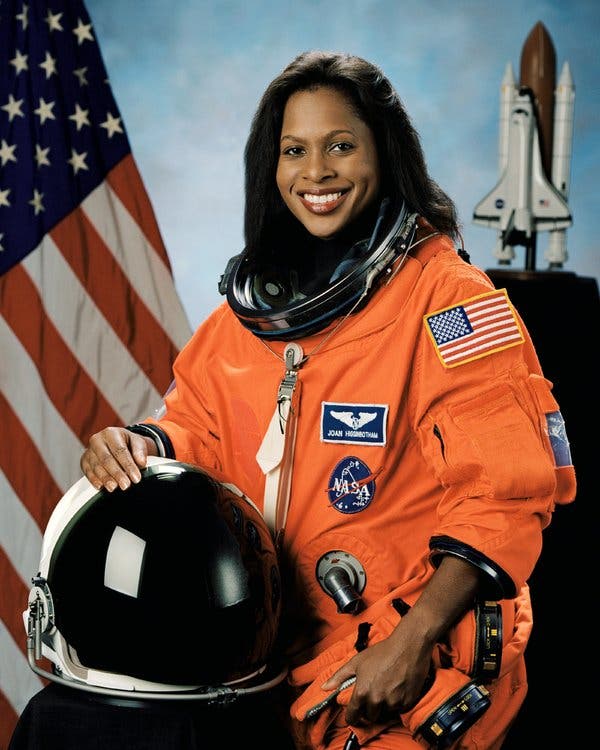 Higginbotham helped oversee 53 shuttle launches before going to space herself. Her mission, in 2006, was the first to include two African-American astronauts (the other was Robert L. Curbeam Jr.). 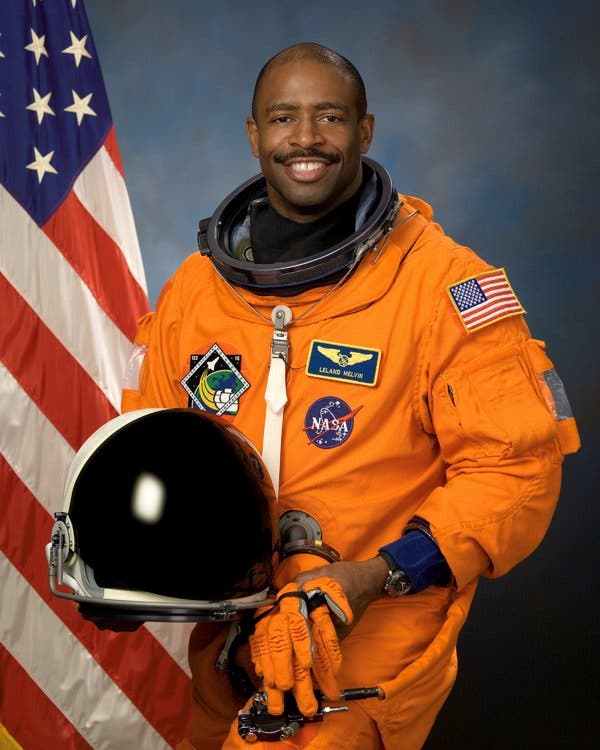 An engineer and former professional football player (he was drafted by the Dallas Cowboys but was injured before he could play an N.F.L. game), Melvin worked at NASA’s Langley Research Center before becoming an astronaut. 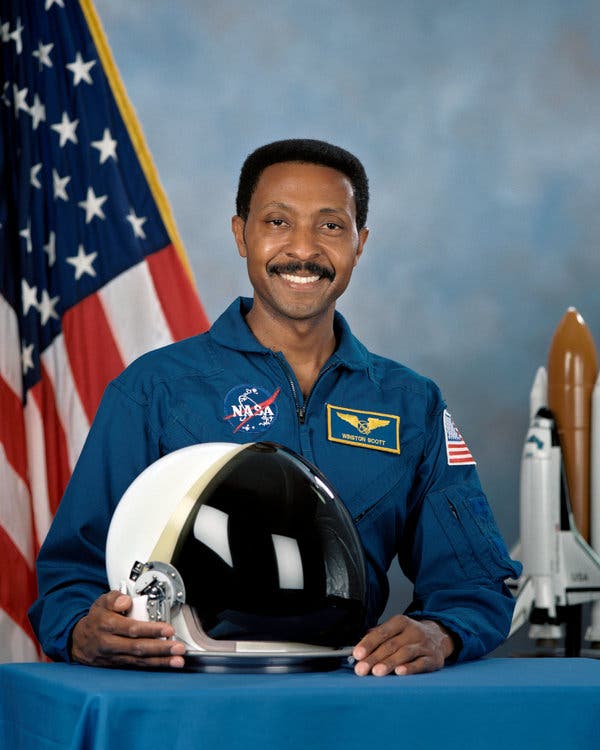 Scott was a captain in the Navy, flying helicopters and fighter jets before heading to space. Over the course of two missions, he performed three spacewalks and traveled roughly 10.2 million miles. 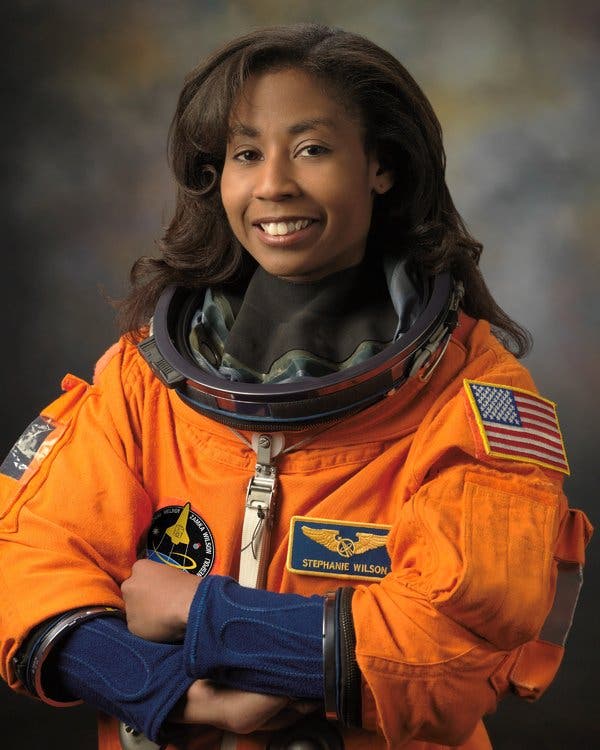 Wilson worked at the Jet Propulsion Laboratory before joining the astronaut program. As a robotic arm operator on three spaceflights, she oversaw spacewalk support and the transfer of more than 15,000 pounds of supplies and equipment to the International Space Station. 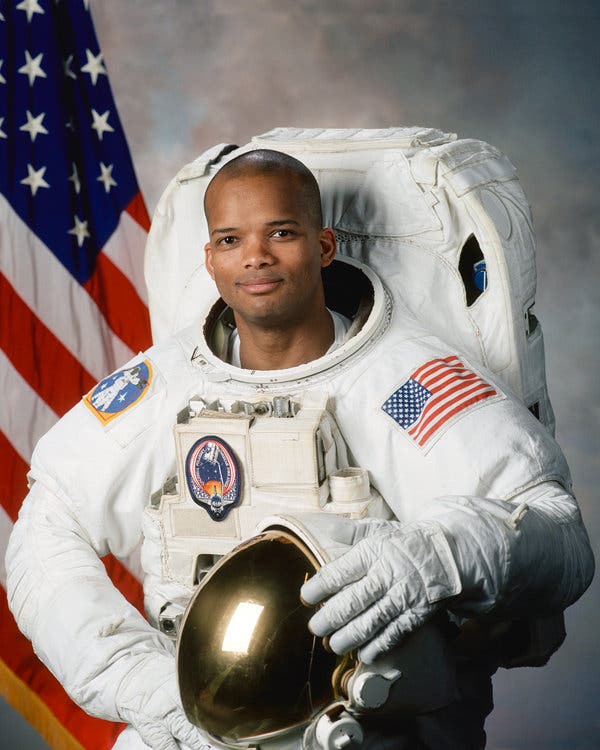 Curbeam was a captain in the Navy before being selected for the astronaut program. He flew three missions and performed seven spacewalks before going on to work in NASA administration, where he oversaw spacecraft communications and astronaut safety. 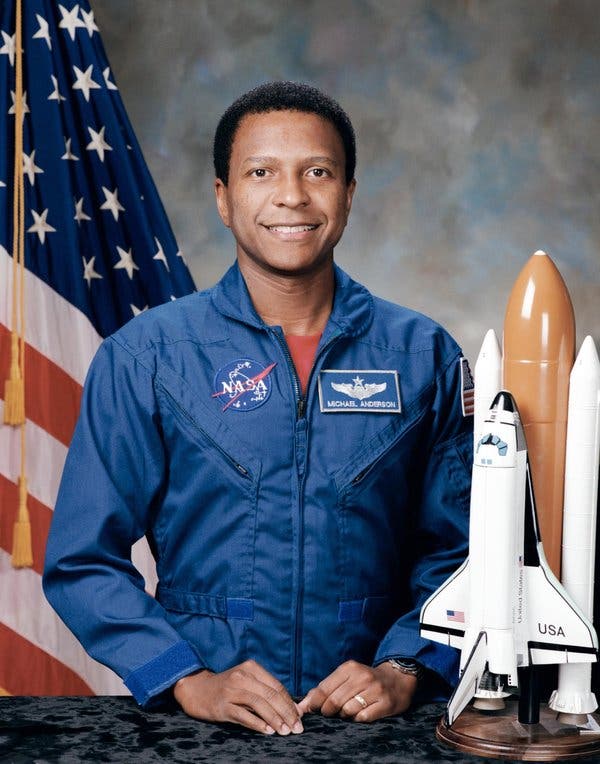 On his second mission, Anderson and six other astronauts were killed when the space shuttle Columbia exploded over Texas, just 16 minutes before its scheduled landing, on Feb. 1, 2003. Before joining NASA, Anderson was a lieutenant colonel in the Air Force. 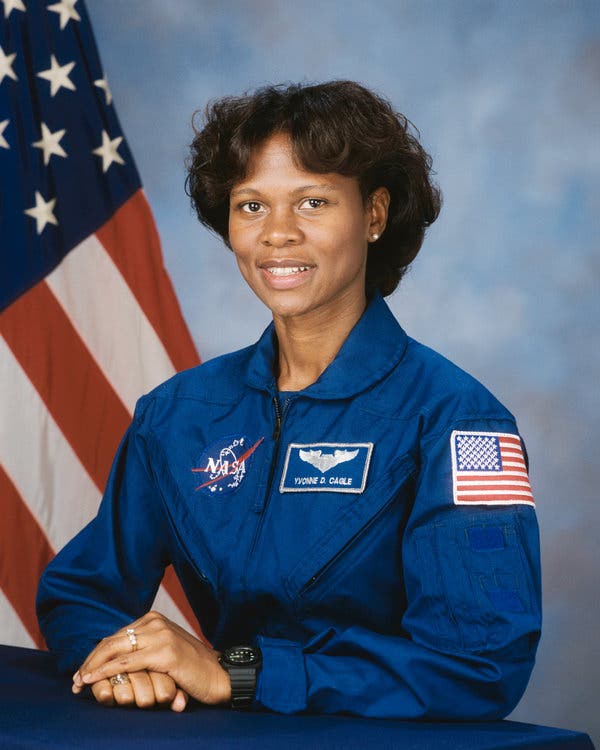 Cagle was a colonel in the Air Force who provided emergency rescue support for space shuttle missions before joining NASA. While she completed astronaut training, she never flew, working instead in research and administration. 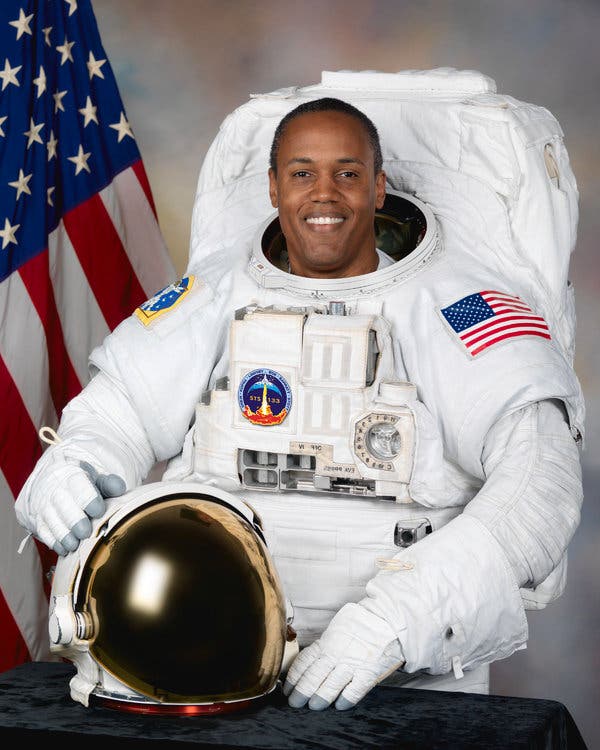 Drew went to NASA from the Air Force, where he was a colonel. In 2011, on his second mission, he became the 200th person to walk in space and the last African-American to fly onboard a space shuttle. 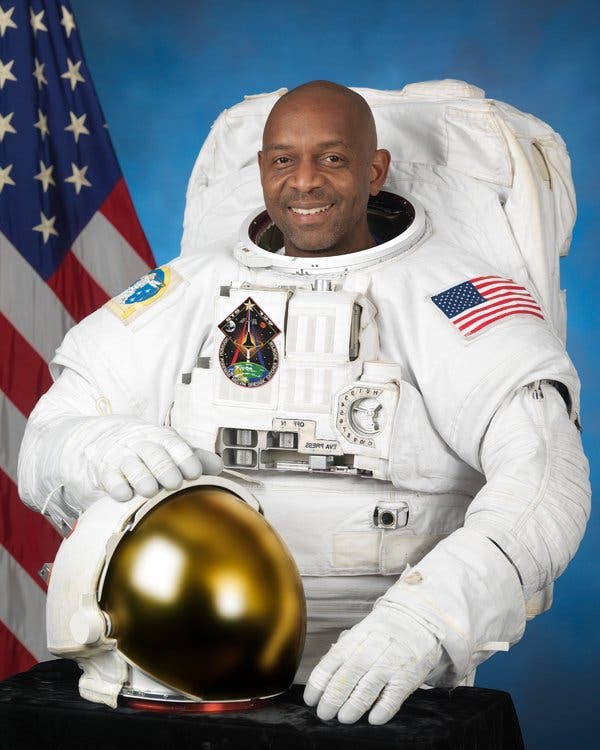 Satcher was an orthopedic surgeon at Children’s Memorial Hospital in Chicago before becoming an astronaut. He flew one mission to the International Space Station before leaving NASA to pursue cancer research. 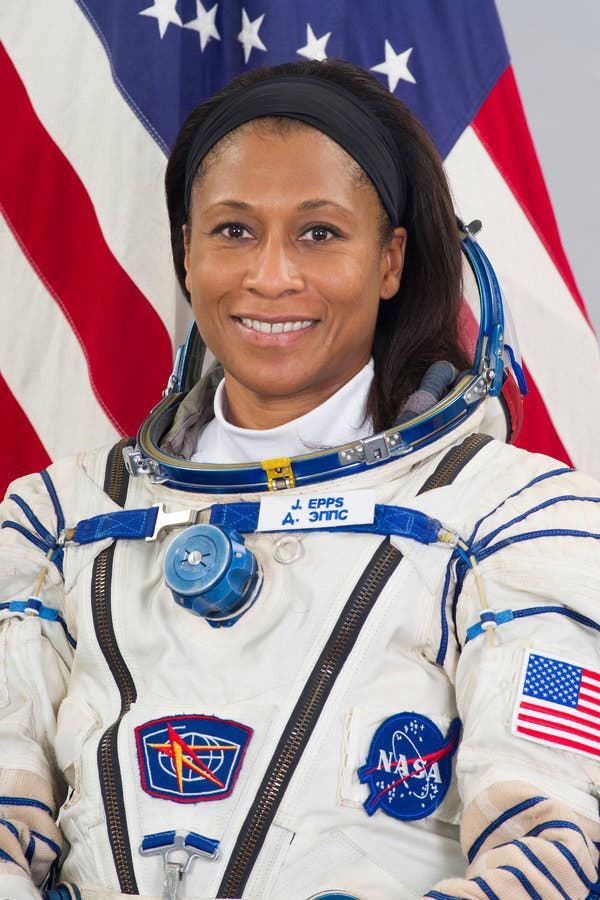 Before joining NASA, Epps served in the C.I.A. for seven years. While she has not yet flown a mission, she has served as a crew support astronaut for two expeditions and as communications lead in mission control. 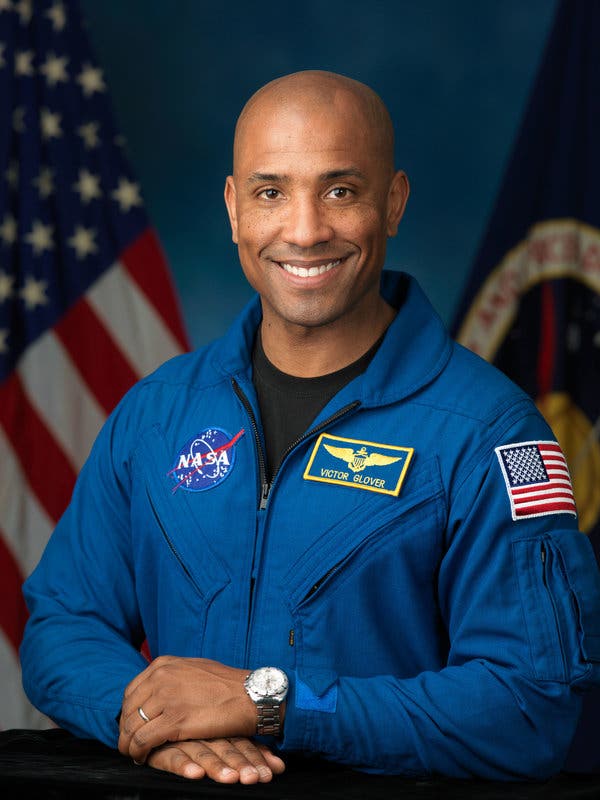 Glover, a commander in the Navy, was working as a legislative fellow in the United States Senate when he joined NASA. He is currently training for a flight on SpaceX’s Crew Dragon spacecraft and a mission aboard the International Space Station. 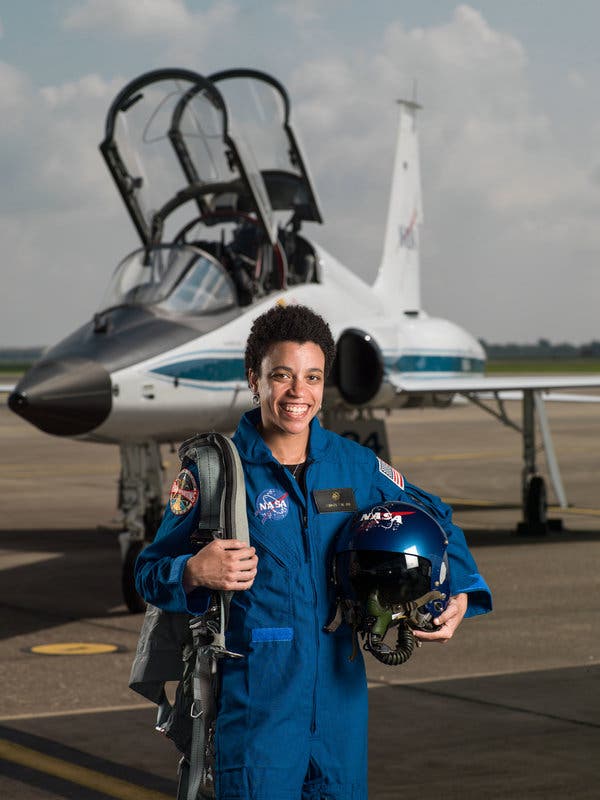 Watkins, a geologist and former member of the U.S.A. Rugby Women’s Sevens National Team, was selected as part of NASA’s most recent astronaut class. She started training in August 2017 and is expected to graduate in the coming months, at which point she will be eligible for a flight assignment.