7 black LGBTQ leaders in honor of Juneteenth and Pride month By Erin Davis and Brandon Griggs

African Americans have long celebrated the legacies of leaders like Rosa Parks, Malcolm X and the Rev. Martin Luther King Jr., all formidable forces for change within the black community and beyond.

But as Americans celebrate Juneteenth — the unofficial June 19 holiday marking the abolition of slavery in the US — it’s important to remember that these figures don’t represent the whole of black activism.

For decades now there has been another battle for civil rights happening in the black community, one that history has largely overlooked: the struggle for equality and respect by LGBTQ black Americans.

“Pride month, to be clear, is an extension of Black History Month,” says David J. Johns, Director of the National Black Justice Coalition. He cited the efforts of a transgender black activist who helped spark the Stonewall uprising in New York City 50 years ago — “one member in a long legacy of young queer people who fought for the rights of others.”

This Juneteenth it’s important to remember that black Americans’ struggle for independence and enfranchisement continued long after slavery ended.

So here is a list of LGBTQ black advocates who, facing oppression from both the black community and white society, lived by the idea that we aren’t truly free until all of us are. 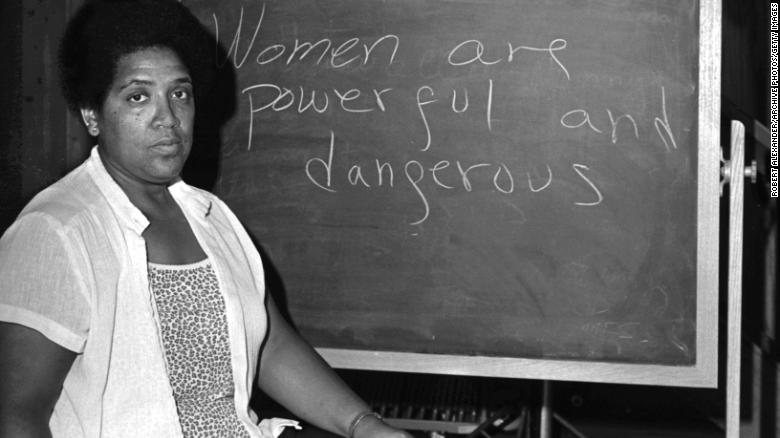 I am not free while any woman is unfree, even when her shackles are very different from my own.

Audre Lorde was a well-known author and poet whose work explored civil rights, the complexity of the black experience and the oppression that she witnessed in her communities.
Lorde, who died in 1992, advocated for the rights of both queer black women and others who weren’t part of the mainstream feminist movement. 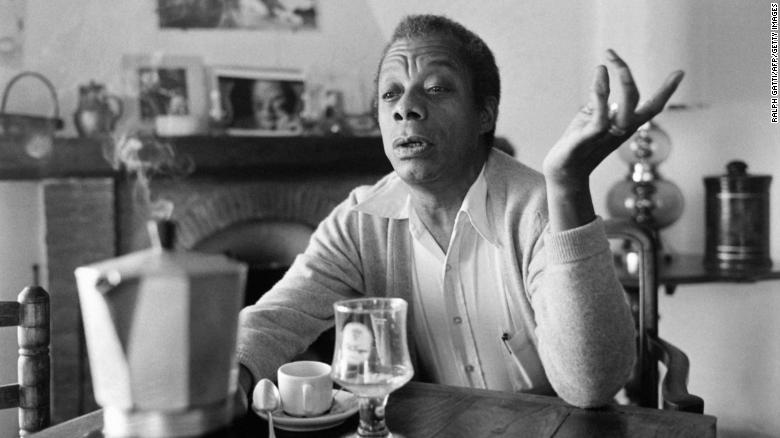 Author, essayist, writer, and activist, James Baldwin was a true son of the Harlem Renaissance.

To be a negro in this country and to be relatively conscious is to be in a rage almost all the time.

Baldwin’s literary themes of race and oppression earned him a place among civil rights leaders — literally. He stood at King’s side during the reverend’s famous 1963 “I Have a Dream” speech in Washington.
Baldwin’s essays, novels, and plays grapple with the intersecting ideas of class, race, and sexuality. 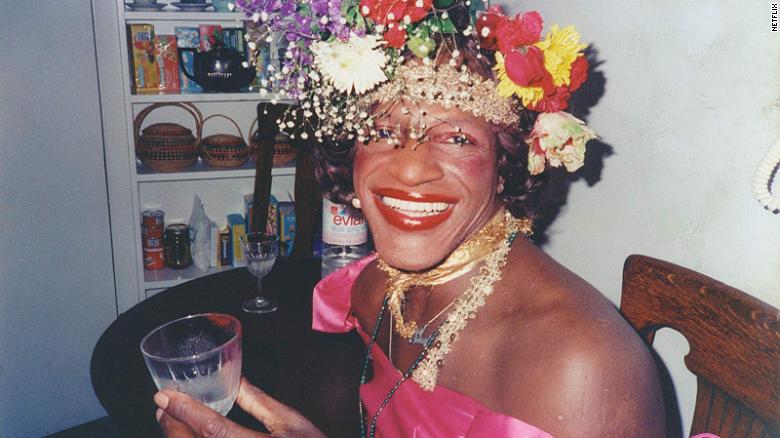 How many years has it taken people to realize that we are all brothers and sisters and human beings in the human race? I mean how many years does it take people to see that? We’re all in this rat race together!

A pillar of New York City’s LGBTQ community, Marsha P. Johnson was a transgender woman and queer rights activist who fought discrimination while struggling with homelessness and mental illness.
She was a regular at the Stonewall Inn in Greenwich Village and gained recognition as one of the first people to push back against police following the raid on the gay bar in June 1969.
Johnson, who died in 1992, also was a founder of Street Transvestite Action Revolutionaries (STAR), considered the first LGBTQ youth shelter in North America. 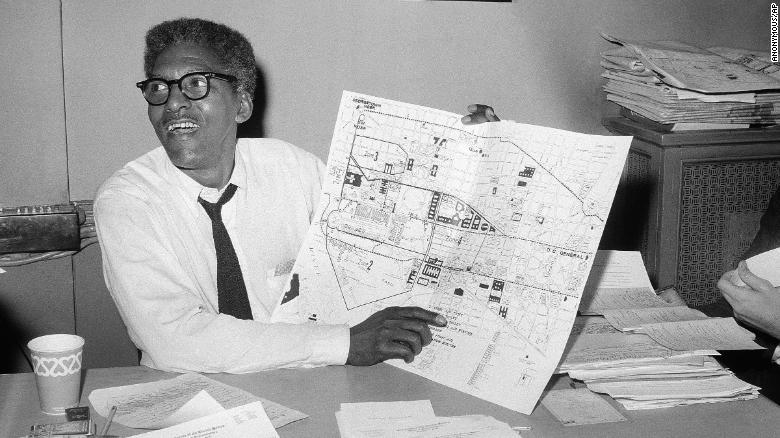 When an individual is protesting society’s refusal to acknowledge his dignity as a human being, his very act of protest confers dignity on him.

Bayard Rustin was a civil rights activist and queer rights pioneer who advocated for those people who existed at the intersection of both identities. Working closely with King, he helped organized the 1963 March on Washington and was a part of King’s larger movement of non-violent civil disobedience.
Despite pressure to limit his association with the civil rights movement because of his sexuality, Rustin remained a key player and lived openly as a gay man at a time where homosexuality was punishable by law. 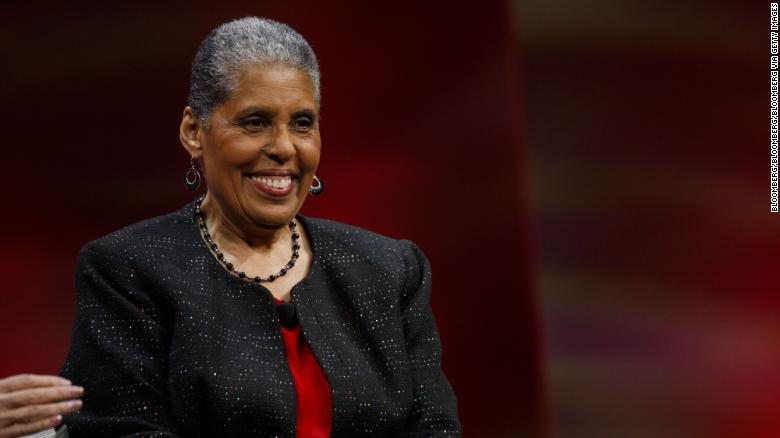 Trust is to human relationships what faith is to gospel living. It is the beginning place, the foundation upon which more can be built. Where trust is, love can flourish.

An author and a mother of black feminism, Barbara Smith began her journey in social activism as a participant in the 1960s protests and marches for civil rights.
She later used her writing to deconstruct both homophobia within the black community and anti- blackness in the feminist movement.
Smith founded the Combahee River Collective, a black feminist organization that addressed the needs of minority women excluded from other women’s rights movements. 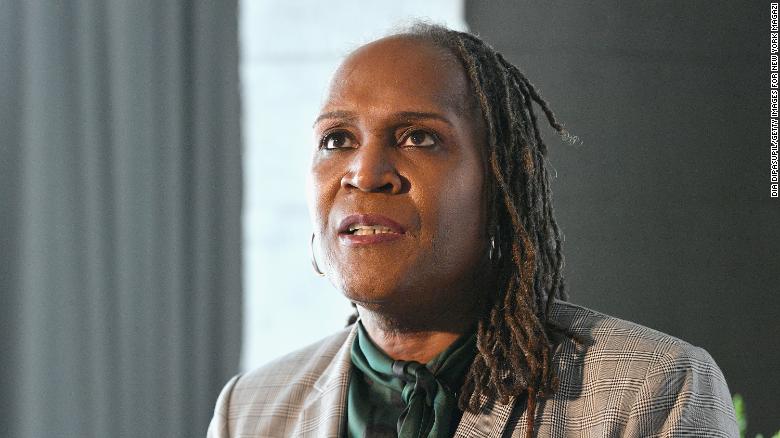 When I first started, people would ask me: ‘Who are my opponents?'” she said. “At that point in time, I didn’t have any physical opponents, but I would say to people, ‘my opponents are racism, sexism, and transphobia …

A newer addition to the annals of black LGBTQ activists, this trailblazing politician made her mark on history when she became America’s first openly transgender black woman elected to public office.
Andrea Jenkins became a Minneapolis city council member in 2017 and strives to bring political representation to the trans community. 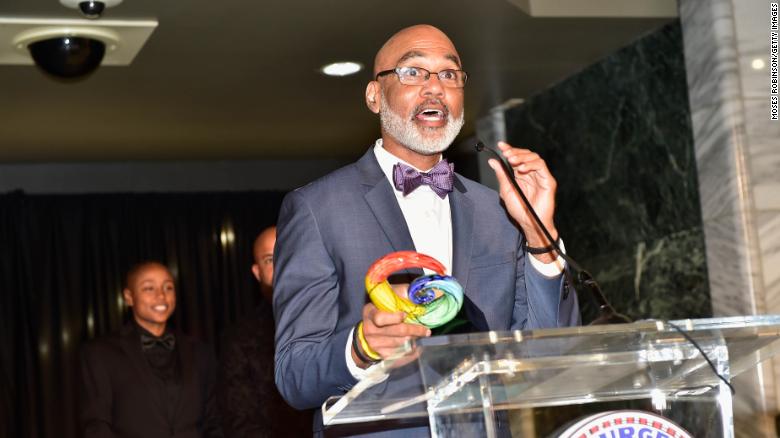 Wilson founded the Black AIDS Institute in 1999 to advocate for the treatment of black people with HIV and AIDS.
The organization is dedicated to combating HIV/AIDS within the black community by seeking culturally inclusive solutions and equipping community leaders to do the same.
In 2010 he was appointed to President Obama’s Advisory Council on HIV/AIDS.
0 0 vote
Article Rating
Subscribe
0 Comments
Inline Feedbacks
View all comments